I've been on a strict 'no opening of new mascaras' rule for a while.  I'm sorry to say I've now broken it. You know when you get to that stage when your mascara(s) are starting to clump/dry up a bit and aren't coating the lashes so easily - well this was the perfect excuse to crack open a new one!

Ok - so I went for 17 Peep Show which I bought back in June when they had their 'Fest of All Kit' offer on. According to 17 this mascara 'gives you voluptuous volume and no clumps...just a full flirty flutter.' At only £6.29 seemed like a good call... 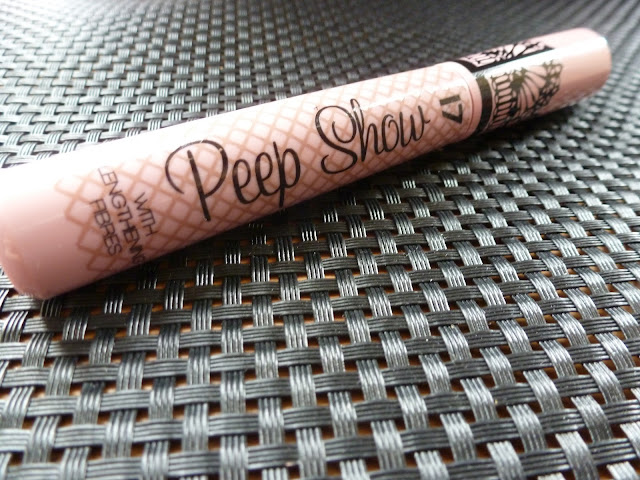 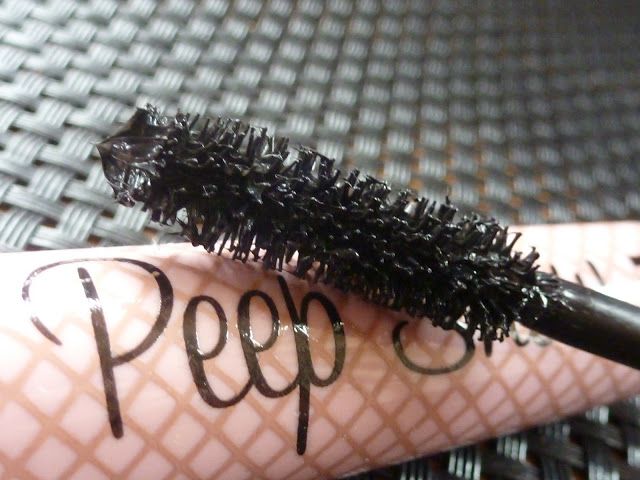 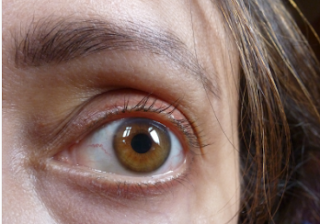 The old 'can you see my lashes when I have my specs on' test - apologies for the trance/zombie/extra from Dr Who-like state - think I was concentrating too much. You can all stop laughing now! 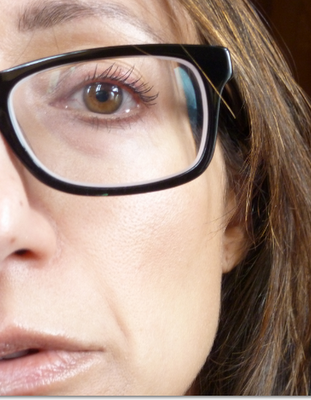 At first I thought the brush may be too fat for my lashes and it's also not as firm as some I've used and seems a bit 'fluffy' if you like.  However, the mascara (complete with fibres) went on really easily and didn't clump. It's not a runny mascara but quite a creamy formula which I suppose holds the fibres better. It didn't smudge or flake and was really easy to remove at night. In my world this is a 'good lash' day, they look longer and sort of fluttery to me with minimal faffing, no fibres on cheeks and no eyeliner on top lid for extra definition.  I've not curled or combed through my lashes in the above pics and they pass the 'dope with specs on' test. I did actually whack on three coats the following day and the effect was more volumising (sorry didn't have time for a pic as I was dashing out). My lashes aren't  ever going to be super-fat (without extensions) but length and flutter-wise this is a winner!

You can check out 17 Peep Show from Boots website here.

Have you tried 17 Peep Show - what's your favourite mascara at the moment? Maybe I shouldn't ask this as I'll just want to go out an buy it!