I bought the Maybelline Big Eyes Volum'Express Mascara (in black) a while ago - not long after it was first launched actually as it was on offer with a couple of quid knocked off.  Not sure why really as I've never really 'got on' with Maybelline mascaras and therefore delayed opening it up! It boasts a double-ended brush - the upper brush is designed to volumise and push the lashes up whilst fanning them out with a quick-drying formula. The lower 'micro-brush' is meant to grab and coat all those elusive lower lashes. 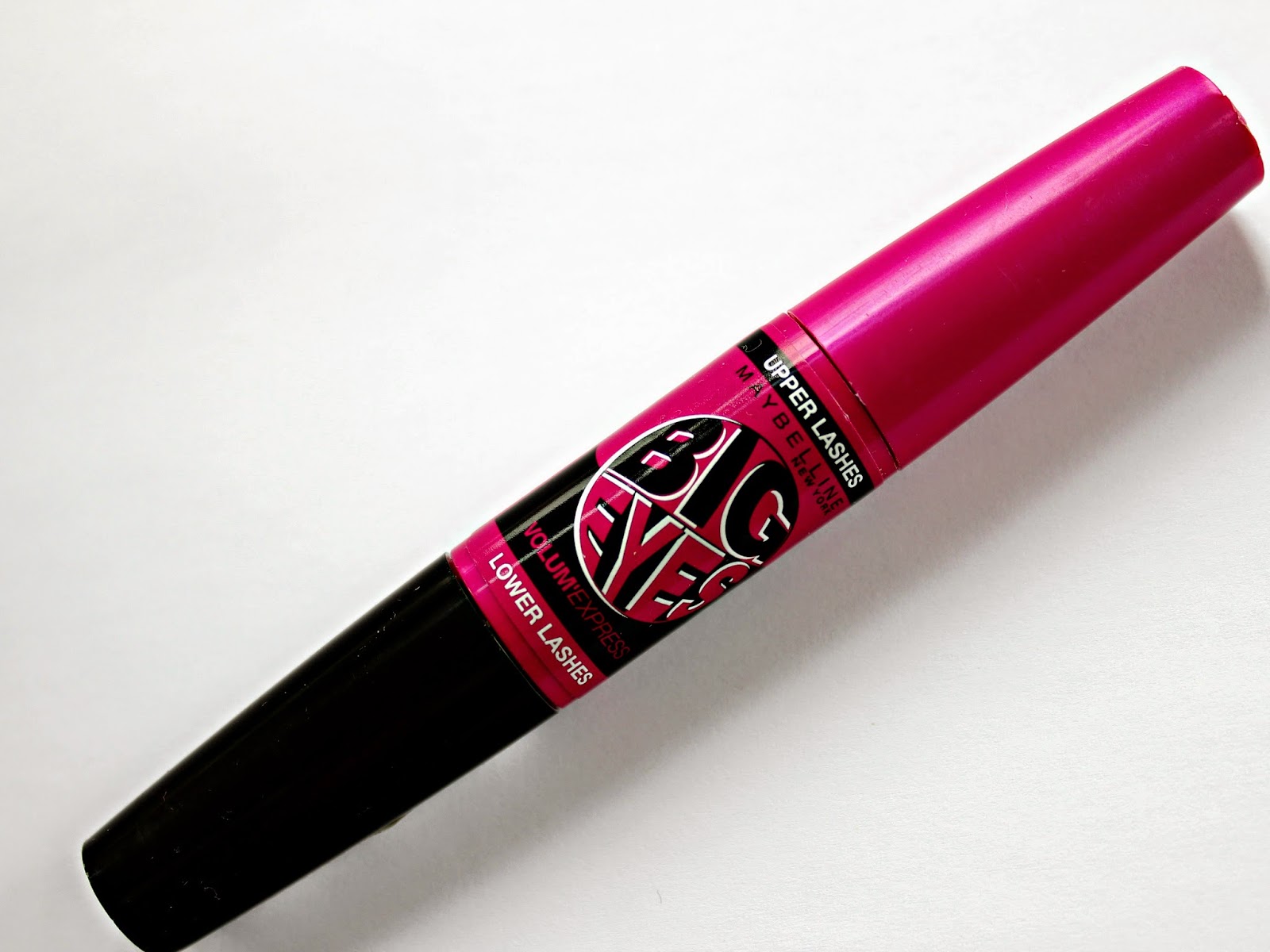 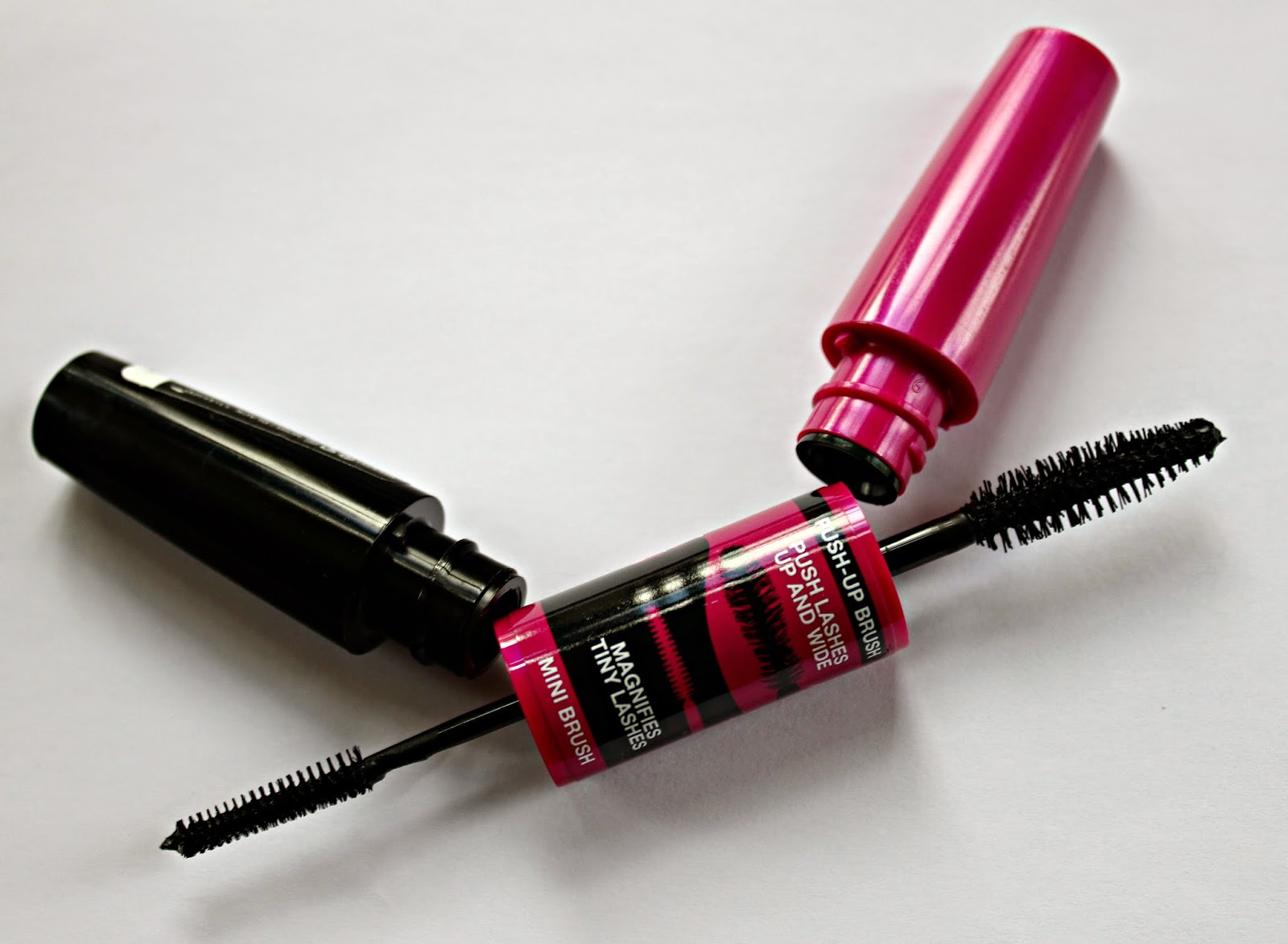 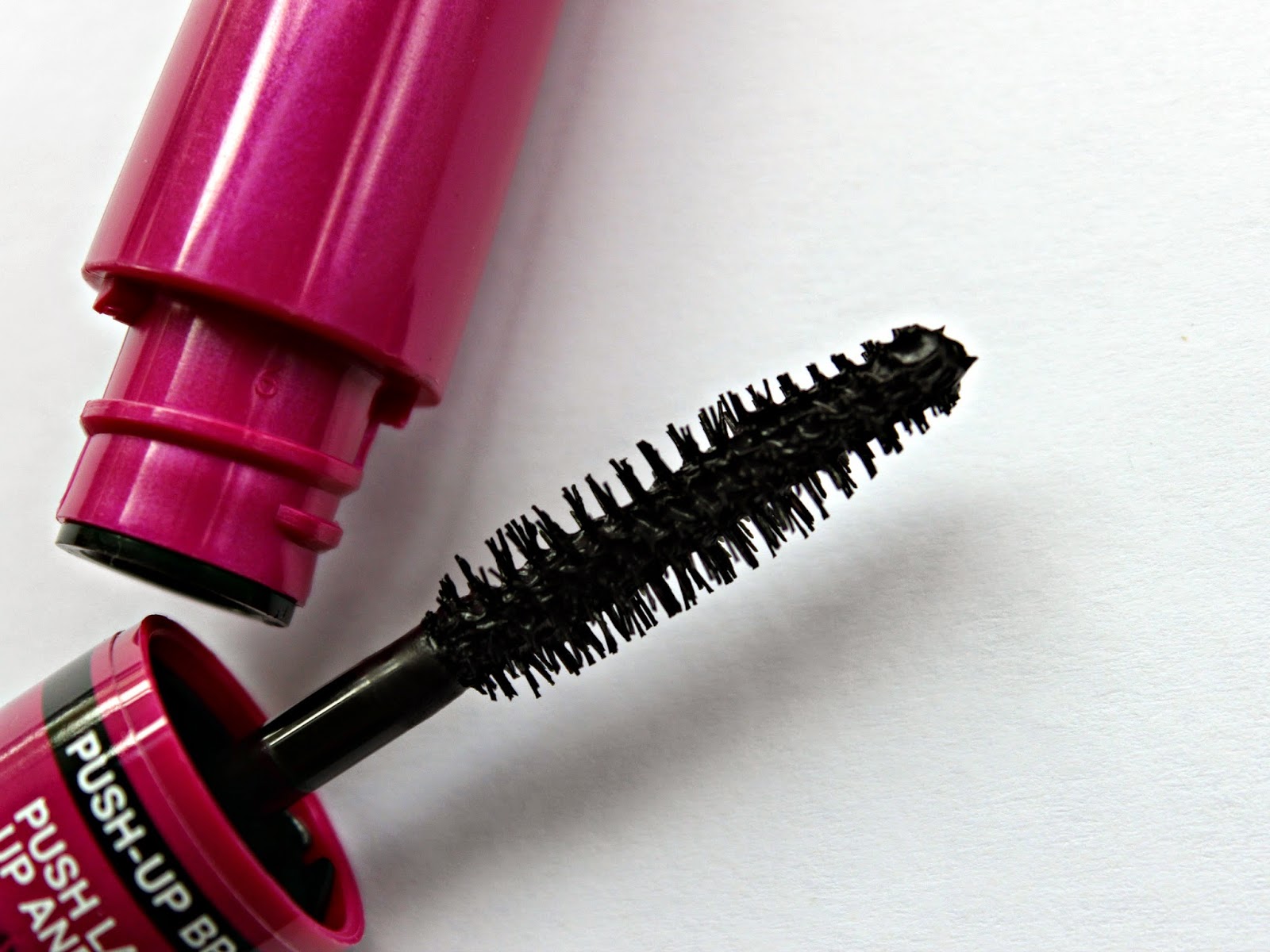 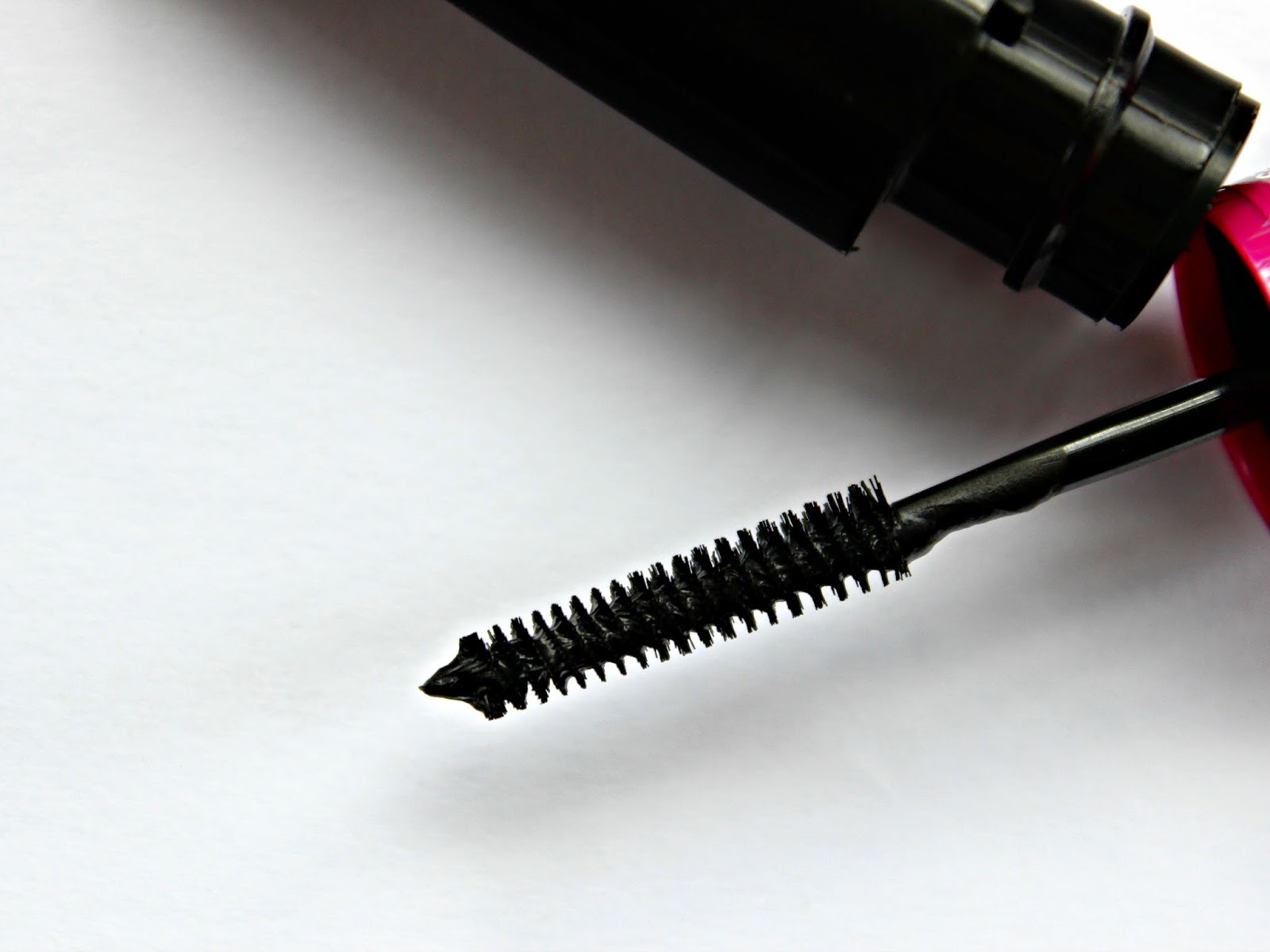 I don't think you can see from the above pics but the top brush has a twist to it so the bristles almost spiral around the wand (reminds me of Bare Minerals Lash Domination in that respect) - maybe it's that ol' twist that's the secret weapon?  The top brush is just the right size for my lashes - not too fat - not too thin and works (for once!) with the formula, which appears to be the right consistency. It fans the lashes out well and provides length, volume and definition.  It's smudge and flake proof and managed a whole day in the office last week during our '33 degrees office heatwave' without moving - so proper result there! I tend to apply two coats as quickly as possible as it does dry in no time and you have to work fairly quickly if you want to layer. You need to scrape excess mascara off the brush well, especially if you do come back for another coat later on - otherwise it will clump and you'll need to comb lashes through. It's easily taken off at the end of the day with a decent remover.  I have to say that although I can see the reasoning behind the lower brush, it doesn't really have the desired effect for me and I get far better results using the top brush on the bottom lashes. If anything, I've just been using the lower brush to add a bit of extra definition once my mascara is on just because it's there and I don't want it to feel left out! 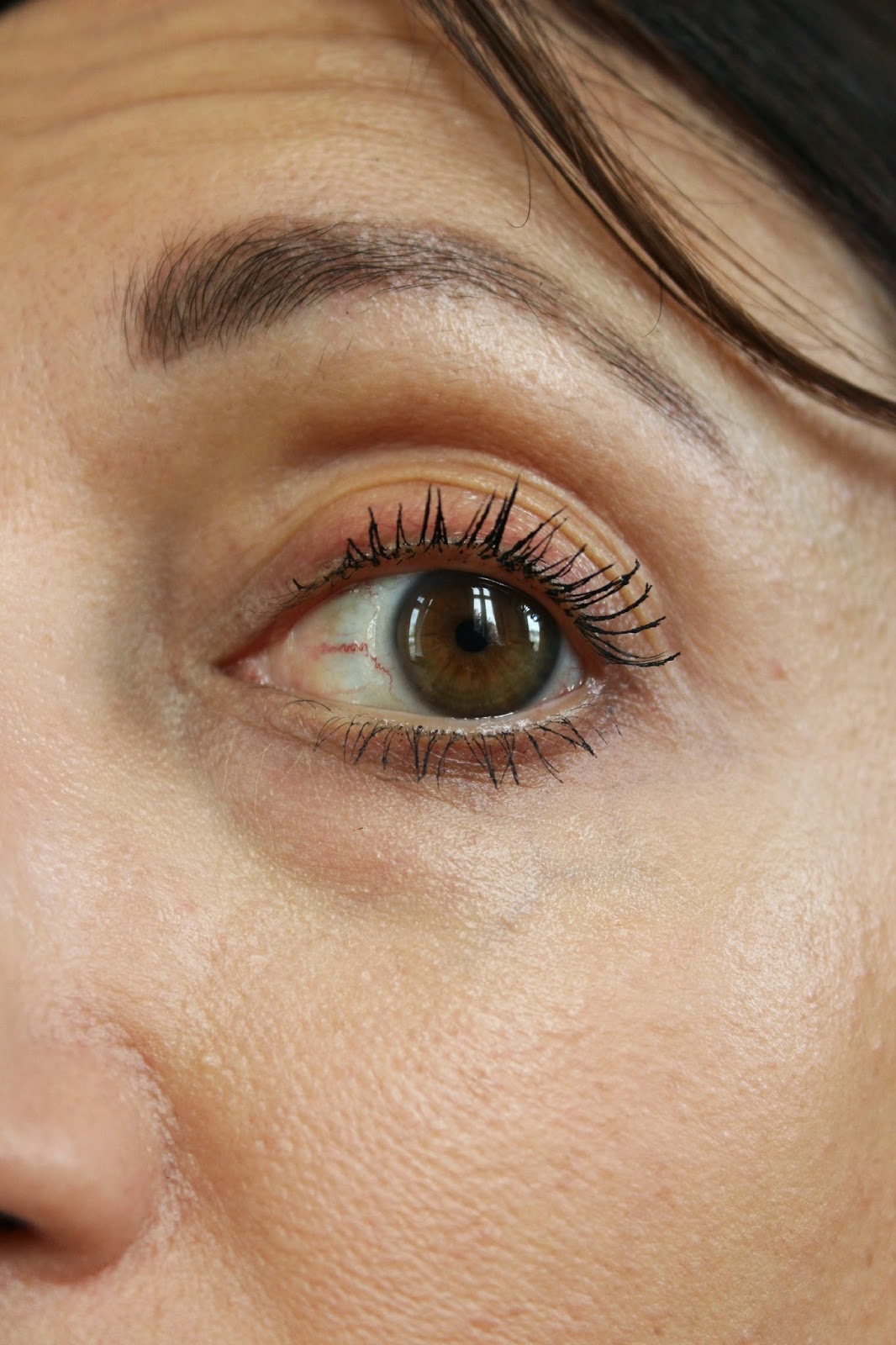 I'll admit this is my first success with a Maybelline mascara - 'Big Eyes' is great for everyday wear. It's been a pleasant surprise and if it sported just the one upper brush I'd readily repurchase at the full price of of £8.99... I may well do anyway and just ignore the micro brush!

Have you tried Maybelline Big Eyes Mascara? What do you think of 'bottom lash brushes'?