I make no apology for the fact that this is one of my all time favourite tunes - it just so happens to be aptly named bearing in mind that it's Valentines Day!

Released in 1982 from the album The Lexicon of Love - what an album - remember Poison Arrow, Tears Are Not Enough and All of My Heart? (obviously I'm addressing that question to those of you who, like myself, are slightly more long in the tooth!) I had this album and it's disappeared ...

Ok so the video is a bit weird but I just love this track, it takes me right back to my (very) early New Romantic times and always makes me smile when I hear the opening sax ...

We don't really do Valentine's Day me and the hubby but I was rather surprised when he arrived home yesterday with flowers (I did point out that it wasn't Valentine's Day!) - a nice surprise it was anyway! Maybe there's romance in the old dog yet - or maybe it's because he has several football matches coming up that he wants/needs to attend!  So in return I've bought him a couple of Buds, some sausages and profiteroles - what more could a man want! 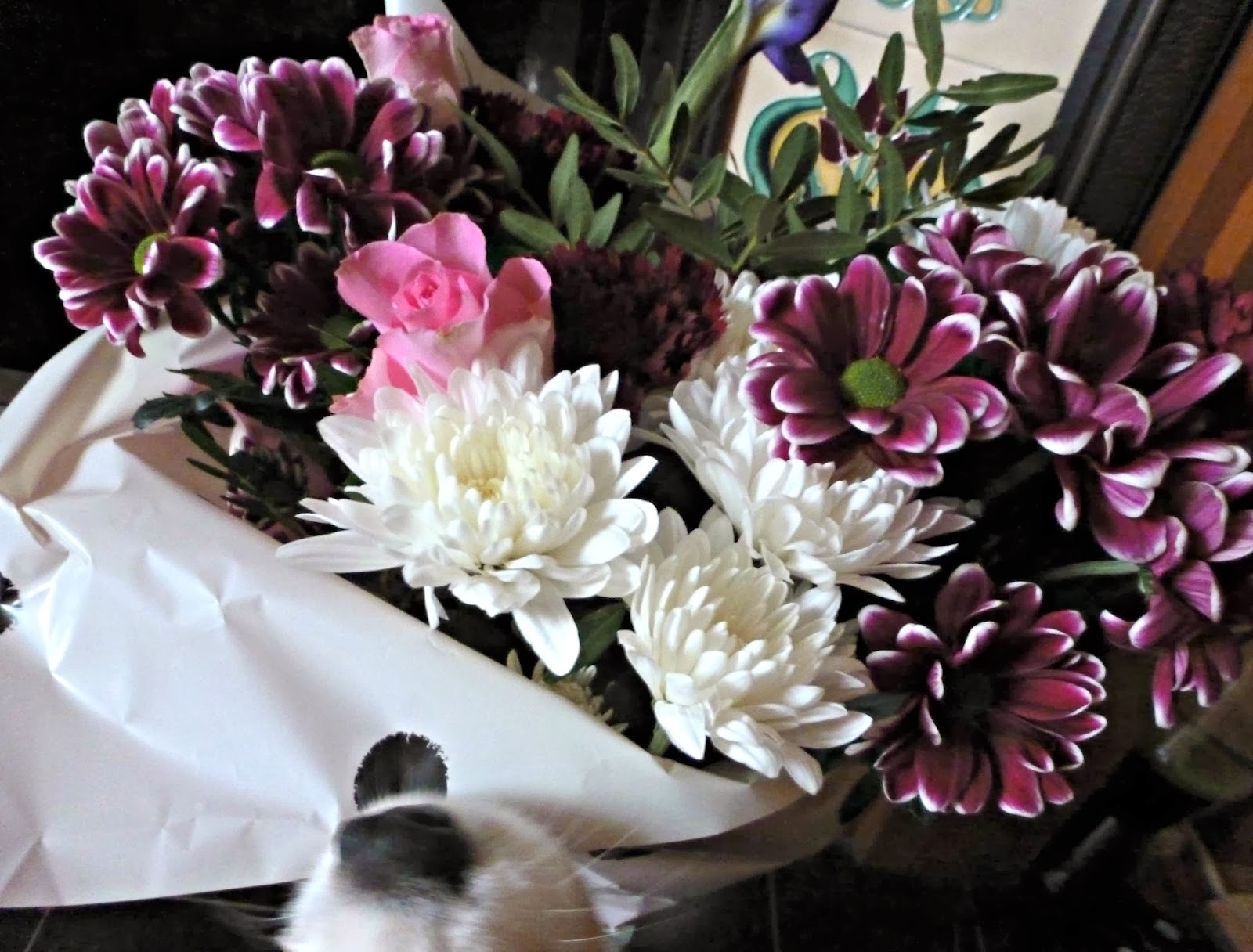 Spot the dog snout at the bottom of the pic having a sniff - always trying to get in the act isn't he?! 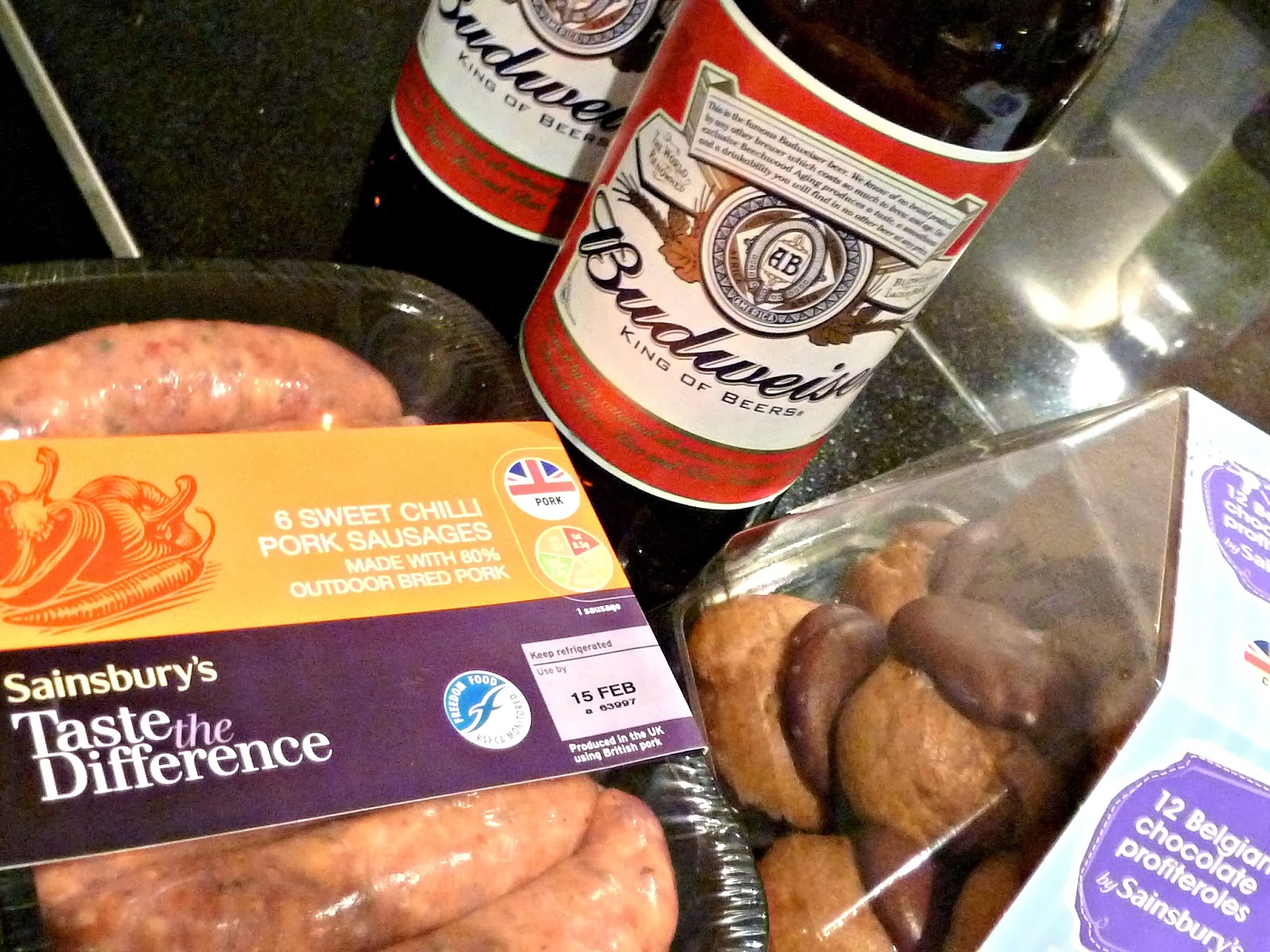 We're staying in tonight and cooking our sausages! What are you up to?

Email ThisBlogThis!Share to TwitterShare to FacebookShare to Pinterest
Labels: ABC, The Look Of Love, Valentine