Last Monday morning saw me at the school gates with the other Y6 mums waving my girl off on her week long residential trip.  I was composed -even after a last minute hug as she walked past wheeling her bulging suitcase which seemed to contain our kitchen sink! I was composed until the tiny reception and Y1/Y2 kiddies (they are so tiny!) came out to wave and cheer (what they consider to be) the 'big' kids off! Yep it's my fellow school mum's fault too because she started with a tear or two after pointing out how emotional it was and then I started - thanks goodness for sunnies in these situations!

Had to have a mini blogging break (this may be a bit of a ramble!) - as the girl wanted her room redecorating it seemed sensible to do it whilst she was away - so last week saw me on hands and knees or up a ladder paintbrush in hand. I was in charge of woodwork and the hubby did the walls. You know when the majority of the furniture is in the middle of the room (including wardrobes) leaving only a narrow gap to manoeuvre both yourself and a man of average size and build through - it reminded the hubby of how much he dislikes decorating! The exasperated huffing and puffing, sighs and tuts he emitted had me giggling hysterically as we struggled to get past each other, trying to beat the clock, in the confined spaces (I hate confined spaces anyway!). Reminds me of all the times he has had to put together self-assembly furniture and also those annual occasions just before Christmas as he tries to get the tree to stand up straight in the pot!   Here's the finished room - in two colours (by request) no less...! 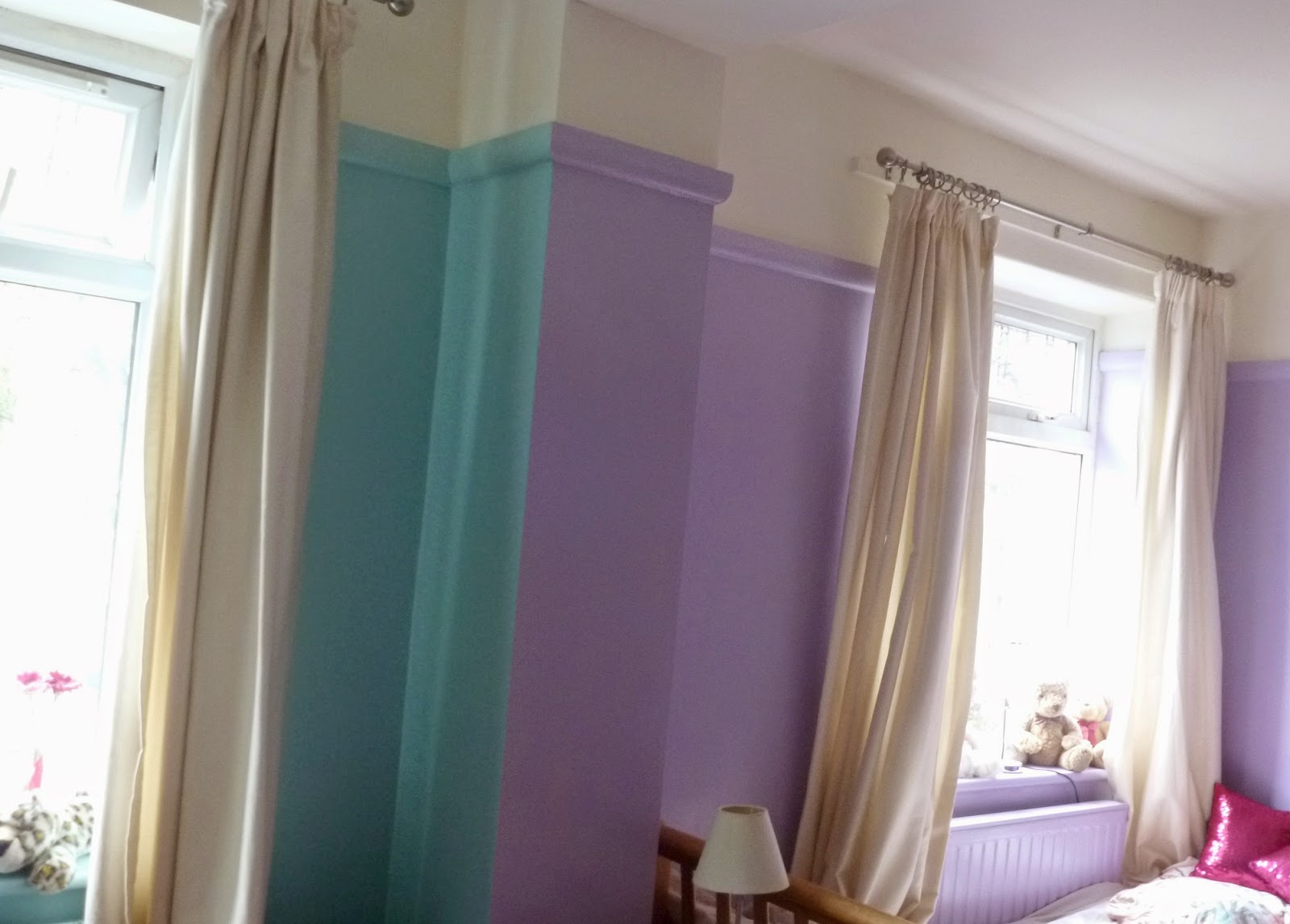 Anyway, decorating done, my girl was due back today and I couldn't wait to see her ... so up we went to school at the designated time - to be told we'd all (the parents) read the letter wrong and the time was 3/4 hour  later. Went back a second time - then received a text from school to say the coach was delayed and would be another hour. Went back for a third time and there she was finally clutching her 'kitchen sink' suitcase!!  So in this case three really is The Magic Number ...!


What a superb track and how fantastic to see De La Soul grooving on down on The One Show the other night!  Right - off to persuade the hubby that we need fish and chips tonight - really don't feel like cooking and I have a suitcase full of damp dirty clothes to wash - I'm told there was a water fight on the last evening - nice!  I should also point out that as we 'speak' the bed in the above pic. is now littered once again with loom bands ... she's back!

Have a great weekend!