Last weekend saw me and the hubby watching Made in Stone - documentary about The Stone Roses and their 2012 reformation, by the end we just wanted to go out and have a dance (even though it was midnight)!

The hubby was sat on the floor (with the dog) in his absolute element - bless him, legs going, air guitar playing, the lot! He says that Fools Gold is one of the (if not the) funkiest tunes from that era of the Manchester (or should I say Madchester) indie scene largely due to John Squire's mean guitar moves - I tend to agree!

Here's the TOTP video from 1989 (check out the dude in the groovy dungarees at the start!) ...


I was into the Dance scene and the hubby into Indie so this is where the genre's cross over for us! Many a night was spent in local nightclubs casually bopping away (the shape throwing has to be laid back  you realise - most important!) to the 'longer' version of this and I Am the Resurrection ...

So guess what's been playing in the hubby's car all week ...? 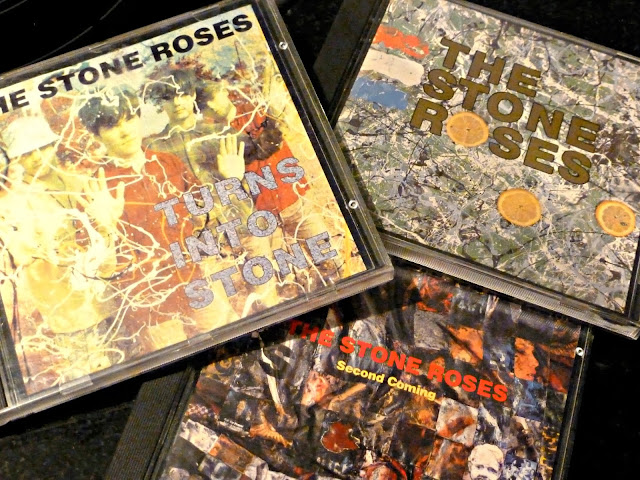 Are you a Roses fan? Which was your thing? Dance or Indie?