It's been ages since I've 'done a foodie' but after I watched 'Rick Stein in India' (a while ago I know!) I was inspired!   Just a humble offering of Aloo Saag (Spinach potatoes) or 'potato stuff'! as myself and brothers called it when we were little. It's so simple to make but so tasty and satisfies my carb cravings - of which I have many ... 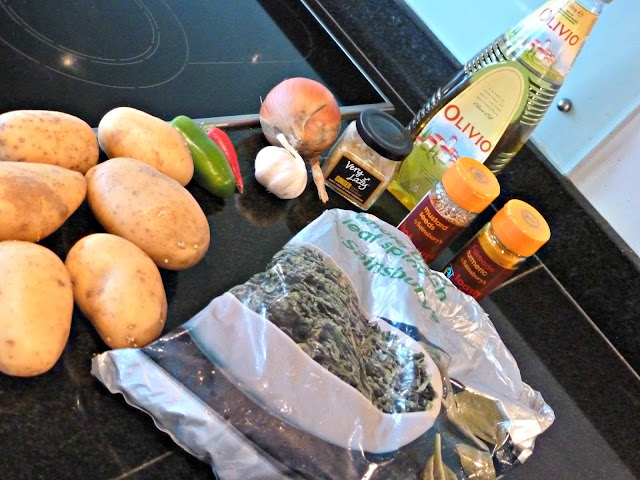 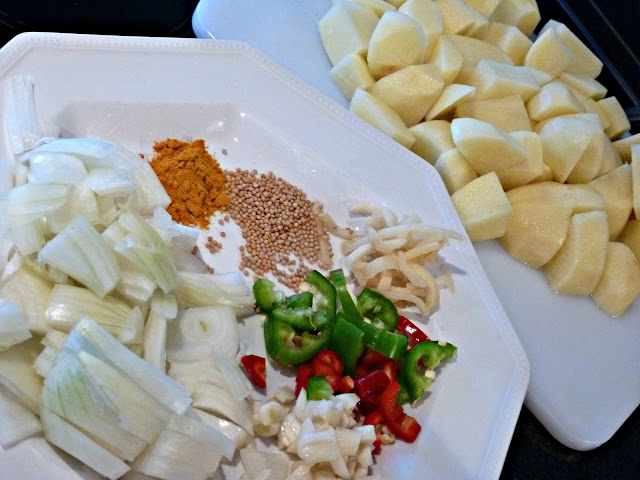 The ingredients are approximate and you can use more or less until you happen upon your perfect combo - Mum always says not too much turmeric though as it can makes things bitter!

Oil -couple of tablespoons
Onion - 1 large chopped
Garlic - few cloves chopped
Ginger - couple of teaspoons lazy ginger (or a small piece of chopped unlazy/fresh ginger)
Chillies - chopped - amount depends on hot how you like it!
Mustard Seeds - 1 teaspoon
Turmeric - 3/4 teaspoon
Potatoes (5/6 small/medium chopped to make 4 servings?)
Spinach (I use frozen for convenience and add a good few tablespoons)
Fresh/Frozen coriander to season (I am addicted to coriander!)
Salt to taste

Fry the onions, garlic, ginger and chillies in the oil to soften - add mustard seeds and turmeric and fry for a further 5 mins or so.  Chuck in the potatoes, spinach, coriander and salt to taste. Add enough hot boiled water to steam the potatoes and the amount is really trial and error, depending on how much you're cooking. Too much and you end up with soup so better to use less as you can always add more from the kettle at any time.  Bring to the boil and simmer for about 20 mins until potatoes are soft. 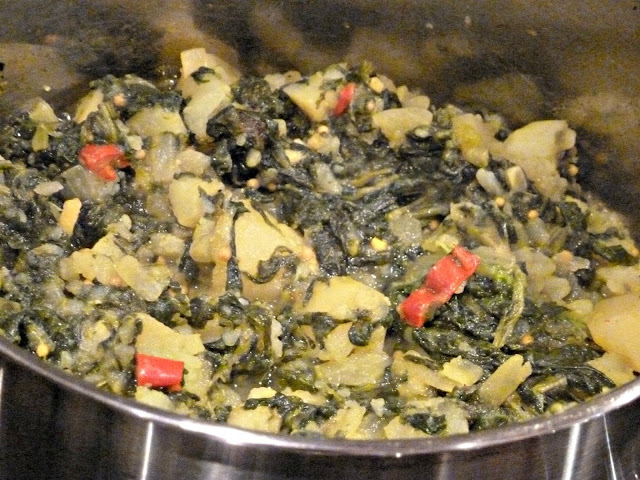 When we were little we would sometimes have our 'potato stuff' with dhal and parathas - makes a great veggie meal.  Also as a side dish with curry and rice - we had it with roasted garlic chicken, rice and Mum's South Indian pepper-water the other night (because we're greedy!) and it went down a treat! 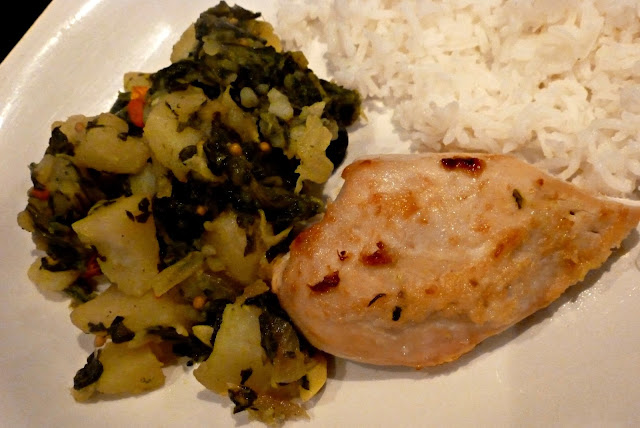 Hadn't added the pepper-water, yogurt, salad and pickle at this stage but you get the picture!

What would you eat with your Aloo Saag - or should I say 'Potato Stuff'?