I know we'll shortly (hopefully) be heading into Spring and looking at the new season's colours but for now I've still got a few deeper shades to sport (and it's still too cold!). So without further ado ... here's the nail polish I obtained from Boots in my pre spending-ban haul ... 17 Fast Finish - Navy Glint ... 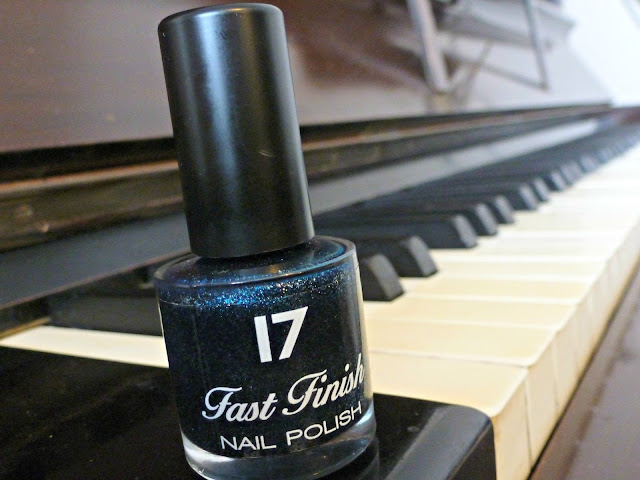 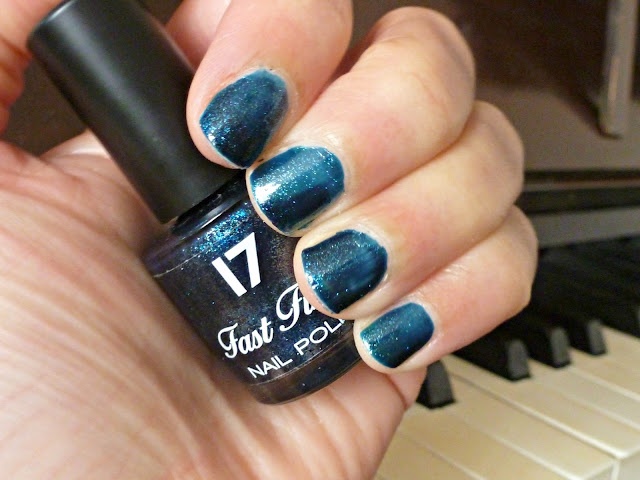 This is described 'on the can' as 'single coat high shine colour in 60 seconds'. I found with this polish you have to apply a really good thick coat - otherwise it's patchy and uneven - it's still a little patchy anyway - think you can see that on the pic above.  It was touch dry in 120ish seconds rather than the 60 stated and is if I'm honest a bit 'whiffier' than other polishes I've tried.  After a day it had chipped (with and without top coat) - I had spent some time scrubbing new potatoes at the sink so not sure if that had a hand in it.  I therefore went down the 'sod it - I'm applying two coats' route - which gave a better finish...as (I hope) you can see in pic below... 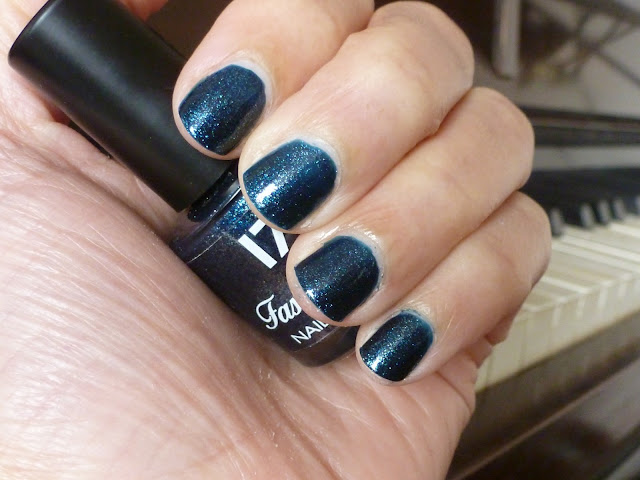 This lasted better with topcoat (as you would expect) - just over 2 days.  Despite all this malarkey, I really like the colour of this polish (probably why I faffed around with it for so long - and obviously why I bought it in the first place!) - it's really prettied up with the 'glint' aspect which gives it a sort of - would you say 'cosmic' feel to it (?) - anyway I like the effect!

Obviously - with all the running around I do I want to just apply a single coat of polish which will dry quickly and just crack on with stuff.  However I'd rather spend time applying a second coat and have it last longer (I know 2 days isn't really that long though) because - believe me - finding the time to sit down in the day and paint nails is an ordeal in itself!  So - not sure I'm sold on 17 Fast Finish as a one-coater (it was £2.99 so not too expensive) but - still love the colour!

Have you tried any 17 Fast Finish Nail Polishes - what's your verdict?