Evening all ...(and a Happy Halloween!)

Hope you're all having a good half-term break - those of you who are actually having a break that is!

Following my recent (actually it was the start of the month - so not that recent) haul type thing here we have MUA Nail Varnish in 'Frozen Yoghurt' ... 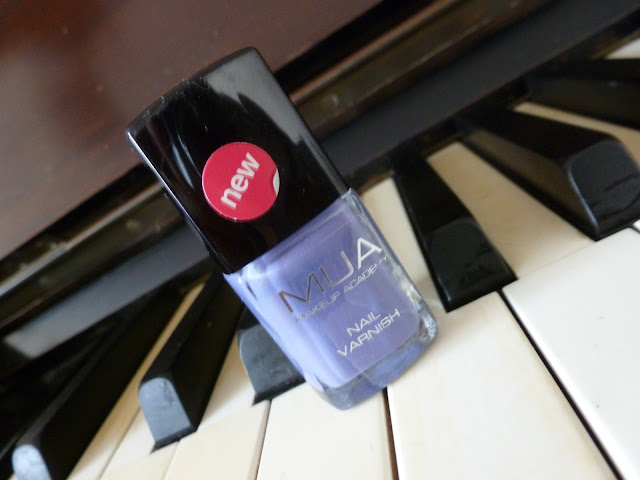 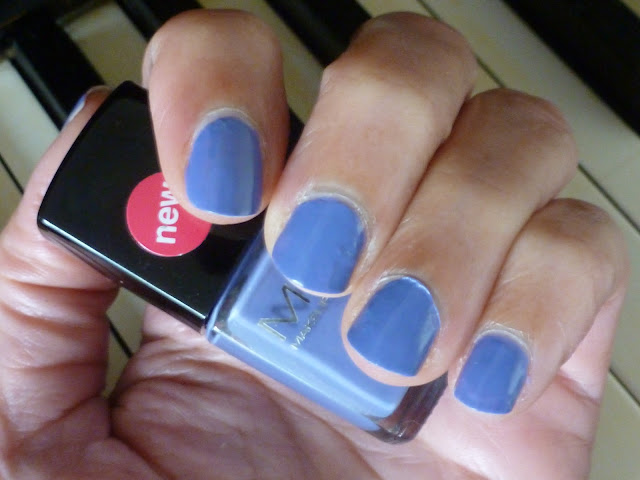 Love this colour - a pretty, darkish (not in a sinister way) lavender/cornflower blue which is actually quite a bit deeper in tone than on these photos (couldn't seem to capture the depth - will have to adjust camera settings - another on my 'to do' list!). It went on easily and was opaque after two coats - it's also lovely and glossy although you also don't get that from these pics.  It did chip on the ends after a day and half - with my usual base/topcoat (only Boots own brand) but it was the weekend with all the usual cooking involved. At £1 a pot I'm not complaining but maybe need to invest in a bulletproof topcoat to help out.

I'll definitely be trying out other colours in the range from MUA - at this price it would be silly not to! My little girl wants to buy me something out of her own money for Christmas (she's so exited already!) so think we'll be going down this route sooner rather than later!

You can buy MUA Nail Varnish instore at Superdrug or directly from the MUA website here.

What do you think of  MUA Frozen Yoghurt? Which base/topcoat have you found to be the most effective?