Believe it or not I seem to have 'calmed down' a little when it comes to buying mascara - I've found a couple that work well but still can't resist the odd magazine freebie - guess I'm not on my own there!  The Clinique High Impact Mascara (in black) was included with the Glamour magazine back in the Summer.  Described as a 'multi-benefit' mascara it's meant to add maximum volume, definition and length ... 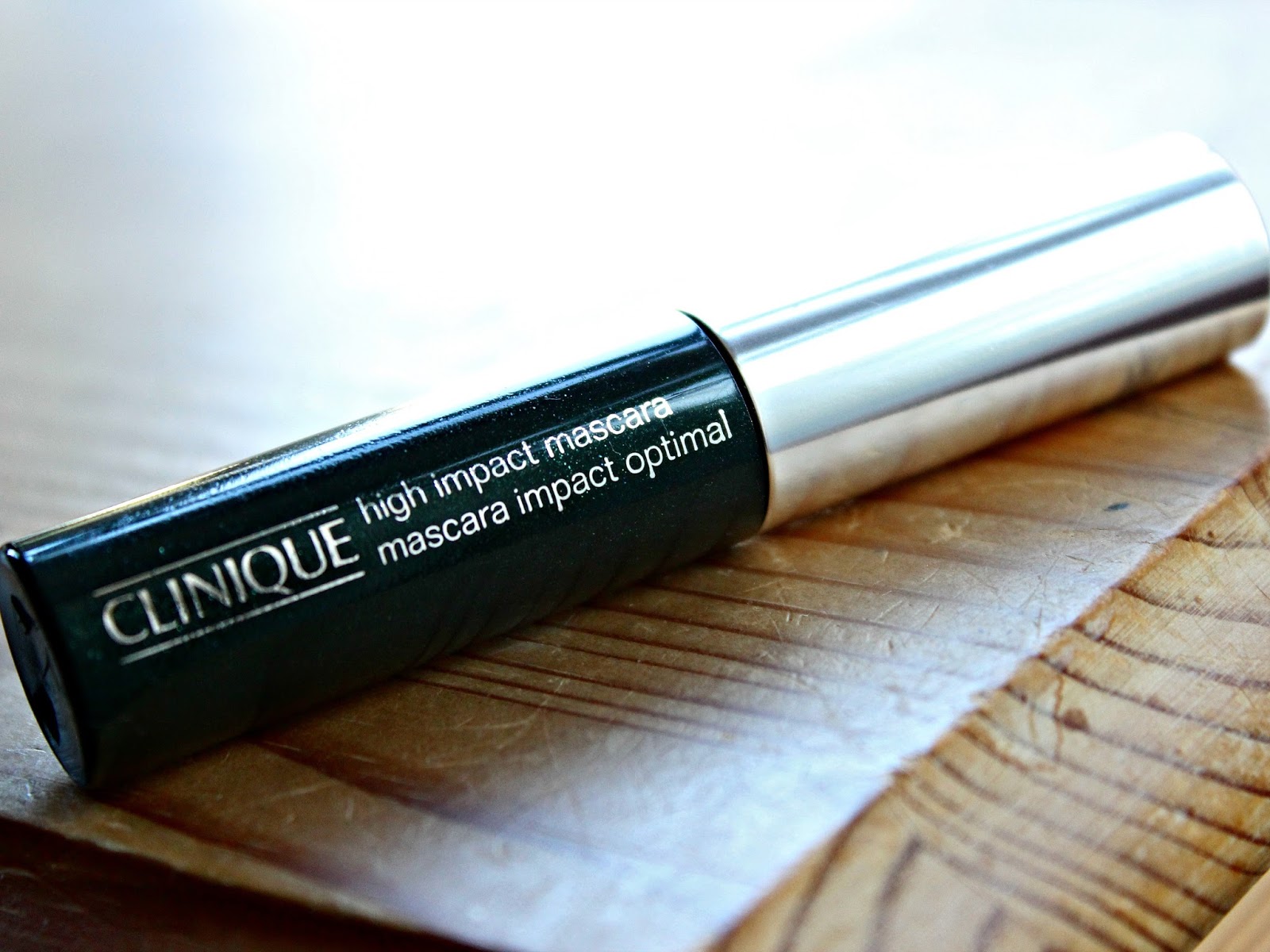 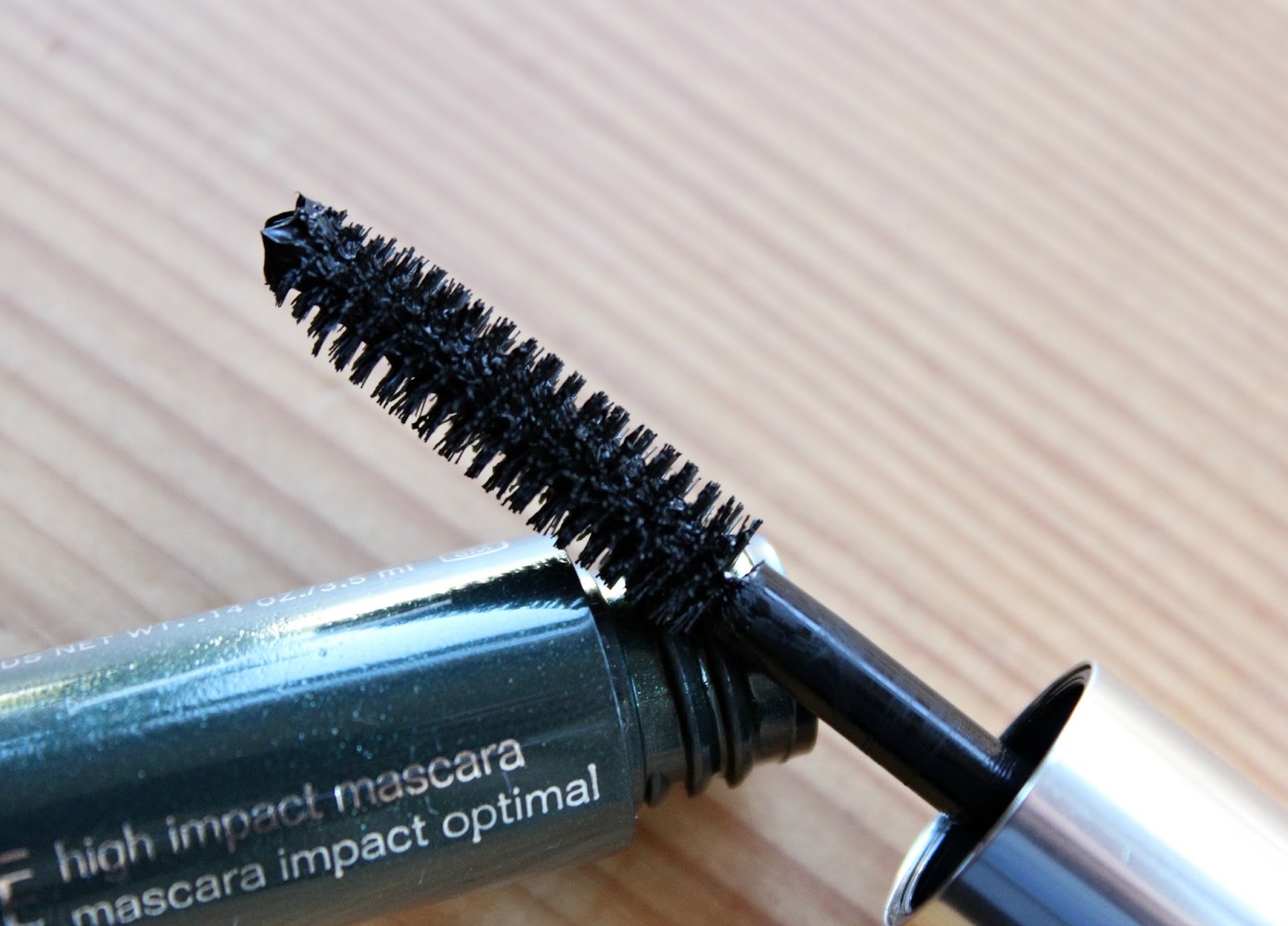 Not sure you can tell from this pic but the brush is a bit longer than I'm used to and the bristles are a little more splayed out. Maybe this is why it doesn't add as much volume as I was expecting but more length and definition?  The formula is pretty standard, a bit thin and didn't really do much at all when first opened but now it's had chance to thicken up a bit it works much better.  Easy enough to apply, not too bad on the clump front as long as the excess has been scraped from the brush, a decent black pigment (as you would expect) and stays on all day, no flaking or smudging. Extra coats can be applied later on - again - following a 'good scrape'!   For some reason though I can't get right into the inner corner of my eye to catch those super-tiny lashes, the brush doesn't seem to pick them up, not sure why, maybe it's the bristles? I've tried on numerous occasions but can't seem to get the knack - annoying!

Lashes before and after below ... 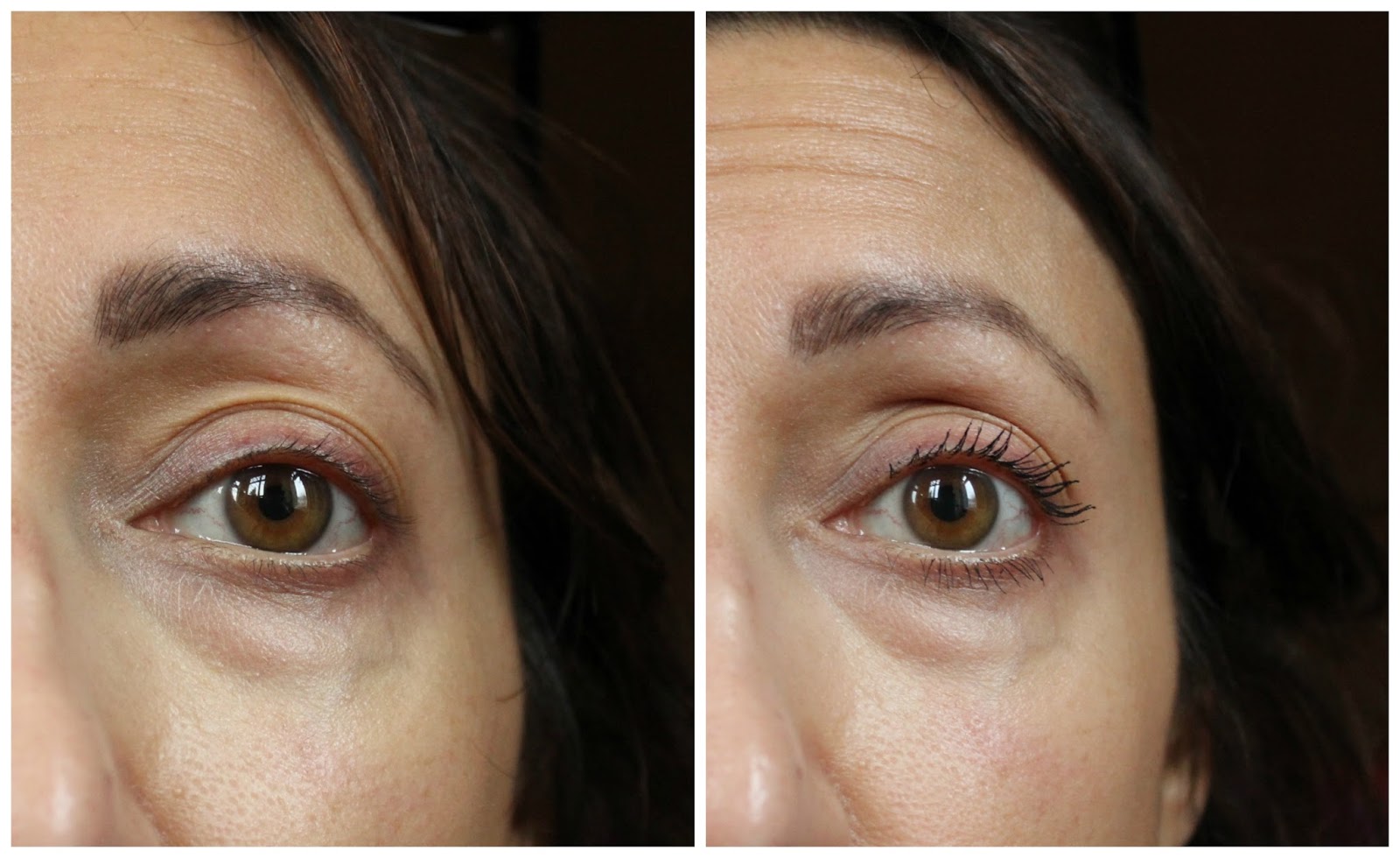 Have you tried the Clinique High Impact Mascara? Which is your favourite at the moment?