Last week's string of 80s hits on the XFactor took myself and a few others on a trip down memory lane - according to my twitter feed at the time!  Sooo many good tunes flying about then ... contrary to what some may think!

Anyway ... there I was making a cup of tea at work (as you do) chatting about XFactor to one of my young colleagues (he's in his 20s so that's young to me!) and we discovered he hadn't heard of Chaka Khan - didn't have a clue.  Not even a couple of the opening lines...'Baby baby when I look at you - I get a warm feelin' inside...!' sung by yours truly (as loud as is practically possible in the office kitchen) jogged any sort of recognition (and no it was not my singing!).   I was, at first, gob-smacked but then we discussed the fact that it's not that he's a young 'un, he's heavily into the blues and guitar scene (being a musician himself!) and our Chaka has obviously not been on his radar!  This tune has been one of my favourites ever since it's release in 1984.  Even got the old 12" on vinyl ... 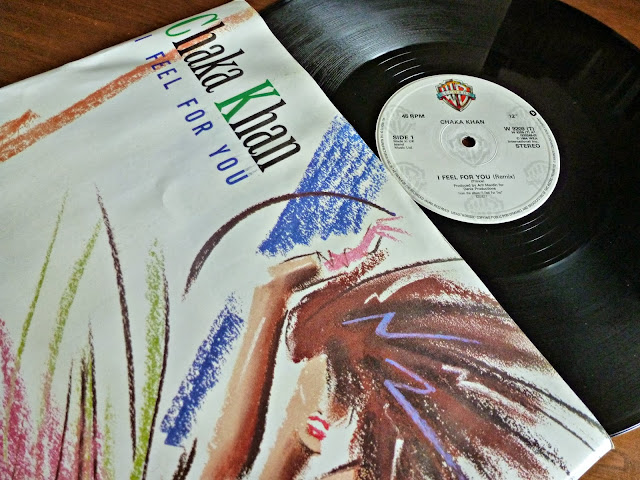 Well that's taken me back in time.  What are your favourite 80s tunes?  Wonder what the XFactor will have in store for us this weekend and whether I'll end up singing in the office kitchen again as a result?

Have a good one!